Some of the funniest stories I’ve come across in oral history interviews have been about attempts to get to a sporting match on time.  Not all attempts have been smooth sailing!

Allan Hartwell talked about how his Meadows B grade cricket team, comprising mostly young teenagers, relied on local adults to take them to away matches in the 1950s.

When I first started I think I was about eleven and played B grade, and the B-grade team consisted of about two adults and the rest were all like under about fourteen, fifteen.  And we were playing at Aldgate this day and we used to meet at the Meadows Hotel corner to get a ride, because there weren’t too many vehicles around, and there was one car turned up and it happened to be Mr Harold Farquhar who lived and had a dairy on Mill Street.  And he had the cricket gear with him in the boot, he had a little Morris Minor, and there was nine of us – or eight young ones plus Harold – to go to cricket, and we thought, ‘Well, how are we going to do this?’  But we managed.  We got the whole nine of us in a little Morris Minor to go to Aldgate to play cricket, plus the cricket gear.” 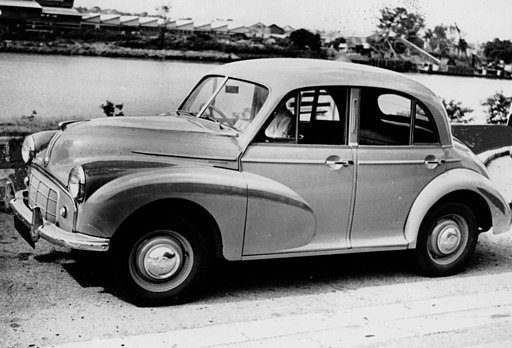 The minor inconvenience of a train crossing

Harold took the team on another occasion to a cricket carnival:

Oh, Harold was one of those really funny guys.  A very good sportsman, but oh, he was hilarious.  I can remember playing in country carnivals and we went up to his place because he was supposed to pick us up, and we’re playing these cricket matches in Adelaide and Harold wasn’t there.  So we went up to the dairy and Harold’s still down the dairy.  And as we walked in there’s all this language.  Harold – apparently, one cow was playing up and they had, them days, those little three-legged wooden stools that you used to sit on – and this cow was playing up, so Harold picked the stool up and hit this cow and knocked it out, and then he had to get the tractor to drag it out the dairy. [Did you get to your cricketing carnival?] Yes we did. I can remember we were playing at Linden Park.  And I don’t know what road we were going down and we had to go through a train crossing, and just as we’re coming screaming along the road the lights went and the booms were just coming down, and Harold used to use a fair bit of language and he said, ‘Oh, we can’t, we’re going to be late!’  So we went across there underneath the boom gates.”

From Morris Minor to Holden ute

A decade later, teams still tended to rely on a few adults to transport them in cramped conditions.  Gary Dawe remembered that coach Don Collins took them to cricket matches in the 1960s:

Don would always take us on the Saturdays.  And he had a white Holden ute and (laughs) back in those days if you got one other parent to go with him you were very lucky, so sometimes I think we nearly had the whole team in the back of the ute or in the front.  There was a pecking order with Don:  once you got to captain and vice-captain you were allowed to sit in the front and you discussed tactics on the way over and the way back.  But Don was one of the fairest sports people around.”

If you can recall any hair-raising experiences trying to get to sporting matches or other events, please let us know in the comments section below!

Click on these links to read more stories about Meadows or sport.

Quotes from oral history interviews with Gary Dawe and Allan Hartwell courtesy of the State Library of South Australia (OH 829-13 and 14).