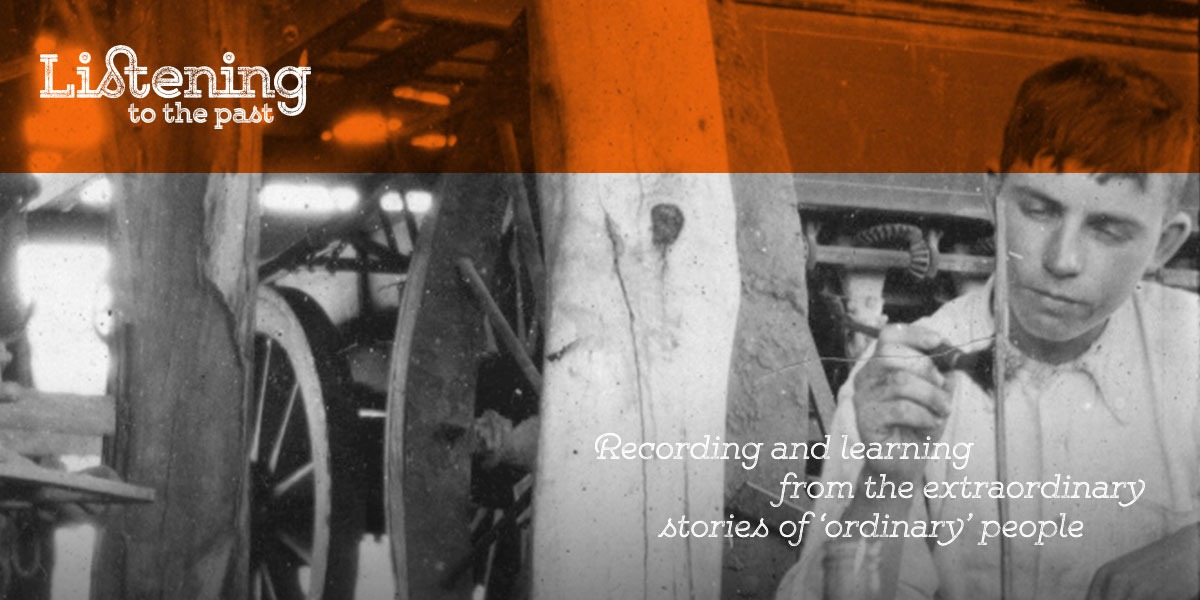 Woomera is a dry place – most of the time.  Sometimes however it is inundated with rain, and then the landscape changes dramatically.  Plants that have laid dormant come to life, and seeds from ephemeral plants germinate and grow.

I interviewed people who lived and worked in Woomera, and those who’d grown up there.  Tony Price worked at Woomera in the 1960s, and talked about the changing landscape.

When we occasionally had rain up there, I think the best year was 1968 – when we had round about Easter time, we had almost the annual rainfall in one weekend, so it was pretty soggy for a while.  The wildflowers – especially up on the range at Lake Hart – carpets of the white everlasting daisies… they’ve got the yellow centre and the white petals.  They were everlasting.  Of course hops, wild hops, and the beautiful Sturt Desert Pea.  And when you see the Sturt Pea out in the bush it’s just so spectacular.”

Darling lily, Crinum flaccidum, which can be found growing along inland rivers and creeks. Photo by Kym Nicolson. CC BY.

I recall on the way to the [Rocket] Range, noticing over on – there was a bit of a ridge over to the east – and it had some dry creek beds coming over the top, and this  – 1968, I recall that these creek beds changed colour.  They’d gone bright yellow.  I couldn’t figure this out, so one weekend we drove out there and what it was, was lilies.  They were about this high [up to 1 metre] and had these huge yellow heads… We investigated and underneath the stem, about a foot into the ground, was a gigantic bulb.  Huge, and underneath that were roots that went forever.  And seemingly these bulbs just sat underground for ages and ages until they got some water and up they came.”

As Tony recalled, the bulbs of these lilies are found underground, sometimes as much as half a metre deep.  Their flowers are strongly scented and vary from yellow to cream or white in different regions of Australia.  The lilies are found further north in the Northern Territory.  There, the Warlpiri and Anmatyerr peoples use the bulb for medicinal purposes.  It is either rubbed on sores or itchy areas of skin, or used to make a medicinal wash.

Sue Gibbs spent her childhood in Woomera in the 1970s.  She recalls some of the plants that appeared after the rains, and how they were used by the children:

At certain seasons we’d get paddy melons – would all just pop out of nowhere – and we would have paddy melon fights.

It was very changeable with the season, and when it rained, that’s when we noticed the most change.  It would go green, the paddy melons would come out, the saltbush.  The saltbush also had little, I guess seed pods – they might have been flowers – or some sort of round thing on there that you could pop on each other…

There were wildflowers.  Mostly wildflowers we called poached eggs.  These were like a paper daisy and looked like a poached egg, so they were white with a yellow centre.

There was another plant that we called pigface. I think it’s actually called Parakeelya, but – pigface – it’s just a juicy plant with the purple flower on it.  On occasions, you would come across – not necessarily in Woomera, but on the drive between Woomera and Port Augusta – big patches of Sturt Desert Pea.  Big red patches of that. They’re the ones I mainly remember.”

Although the salt lakes around Woomera are usually dry, sometimes there was sufficient rain to fill them.  The locals made the most of this and went swimming.  Tony Price remembers what it was like, and a strange illusion that occurred:

And of course with all this rain, all the creeks were flowing like crazy, so all the lakes which had previously been just salt lakes, filled up with a lot of water.  Lake Richardson was one where we used to go swimming for example. It was quite funny.  We had a bit of a sandy beach there with an umbrella, had the two little tackers under the umbrella. And Di and I would go into the water, and it’s up to here [chest high], and we start swimming.  Of course when you start swimming you lose sight of the far edge of the lake, because it’s quite large – a number of miles across.  And the water tastes salty.  Although it’s rain, the salt that was already there had caused it to taste salty, so for a minute there, you’re thinking ‘Hey I’m in the sea!’ And then you think ‘Sharks!’  It was just a most stupid idea, but it was – for a moment or two – and especially when your foot touched something – it was completely unrealistic.  But it was just the tricks that your mind can play on you sometimes.”

I’m not sure exactly what Tony’s foot touched in the lake, but it may have been a shield shrimp.  As Tony explained, plants were not the only organisms to come alive after rain:

The same thing happened with the shi-shis, which were a prehistoric shrimp.  I think they’re a shield shrimp.  They are a sort of round, armoured creature with a short tail.  Not very hard.  But they lived way down in the subsoil and would only appear when there was a certain amount of water on top of them… So after this rain in 1968, a couple of weeks later all the puddles around the place were teeming with these prehistoric shrimps.”

Other Woomera residents remembered seeing shield shrimps too.  You can read more about the shrimps and the residents’ memories here.

Have you ever been in outback Australia after rain has transformed the landscape? Please share your memories in the comments box below.

Quotes from oral history interviews with Sue Gibbs and Tony Price for the Life in Woomera Oral History Project, courtesy of the State Library of South Australia (OH 1123/5 and 6).